Tim grew up in the Northeast, hiking in the cranberry bogs and along the barrier beaches and sand bars of Cape Cod. As a student at Middlebury College in Vermont, he studied Biology and began to hike, bike and camp in the Green Mountains. Inspired by an incident that involved a flying squirrel and a hawk (seriously), he fell in love with the world of ecology and knew he wanted a career working outside.

After a spending some time exploring the Colorado Rockies, he moved to the Bay area where he worked as an intern for the Golden Gate Raptor Observatory. His responsibilities included hooting for Northern Spotted Owls at night and trapping migrating raptors by day. It was here where he caught the birding bug and to this day, he still feels extremely grateful for this experience.

He went on to earn a Master in Science in Wildlife Management from Humboldt State University where he studied Northern Goshawk habitat in California. As a teacher’s assistant in ornithology, his passion for the avian world blossomed. Not only was he excited by the opportunity to teach subject matter that inspired him, he also began to birdwatch daily, utilizing the incredible resources that coastal California had to offer. Since then, Tim has spent the better part of the last twenty years working as a bird biologist with the government, private industry, and non-profit organizations.

Since moving to Flagstaff, Arizona in 2004, Tim has had the opportunity to bird extensively in Arizona and the Southwest for work and pleasure. As a biologist for the Bird Conservancy for the Rockies, Tim recorded thousands of birds on the Coconino, Tonto, and Coronado National Forests. In his free time, he prefers birding the shady riparian areas of Oak Creek Canyon, Wet Beaver Creek and the century old cottonwoods at Page Springs. Each spring, he visits the Sky Islands (the mecca for spring migration in the western U.S.), and for the last 6 years, he has been organizing birding trips with his friends to Texas, Florida and Costa Rica. On one of these trips, Tim and his friends coined the phrase “Birding the Heck Out of It,” a saying they still use.

Since 2013 he has led bird watching tours at the Verde Valley Bird and Nature Festival and led bird walks as a volunteer for the Arboretum at Flagstaff and the Audubon Society. In 2015, Tim’s professional field skills came full circle when he surveyed for breeding Mexican Spotted Owls and Northern Goshawks with the Flagstaff Ranger District of the Coconino National Forest.

Or Submit a Request Online

We booked a full day tour and visited 4+ locations. Tim is an excellent guide and host. His knowledge of birds, their habitats and behavior is very impressive. ... read more More amazing is his ability to identify and locate birds by sound alone. Our experience was exceptional!...More

I spend 6 hours with Tim and it was the best birding experience of my life. Tim is extremely knowledgeable, not just about birds but all things nature.

If your into birding taking a tour with Tim is a must do. He knows his birds and the local flowers and fauna. His hearing birds and then being able... read more to point them out in a clear calm manner was wonderful for me. I will...More 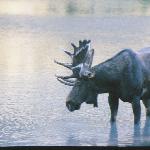